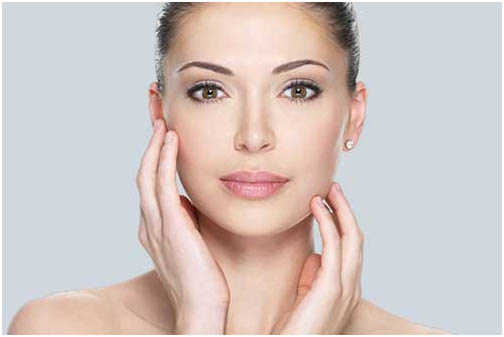 Over time sun exposure, the stress of everyday life and gravity have a great impact on our faces, and manifests itself in signs such as deep creases, sagging at the jawline and fat deposits in the neck. The facelift surgery in Delhi is a viable solution to counter these problems, as it removes fat, skin and flabby muscles and leaves him with a young and vibrant appearance option.

Facelift surgery in Delhi is a popular choice among men and women who want to improve the image of your face and reduce the signs of facial aging.

What makes Tandon Clinic the best choice for facelift surgery in Delhi?

Look and feel beautiful getting into the hands of the most talented facial surgeon.

Facial plastic surgeon in Delhi makes it possible to correct many facial flaws and signs of premature aging that can severely affect the self-esteem of people.

With a team of highly skilled plastic surgeons and nurses with experience, we can help you decide which technique will help you get the desired result and allow you to have a jovial and confident appearance.

Rhytidectomy in Delhi is performed by a plastic surgeon in Rohini certified by the council who understands the functions and facial structures from an artistic point of view, taking into account the symmetry and natural appearance.

They will help you reflect your inner youth and show their facial beauty.

Who is the ideal candidate for facelift surgery in Delhi?

Ideal for a facelift candidate is an individual who has good skin elasticity.

A month before facelift

You are strongly encouraged to stop smoking at least 3 weeks before surgery.

A week before the facelift

Avoid taking medicines such as aspirin.

One day before the facelift

Do not ingest food or drink after midnight during the night before your surgery.

Be sure to wear comfortable clothes. Do not apply moisturizers or any other cosmetic product on your face, head or neck.

What to expect during the facelift surgery in Delhi?

A facial plastic surgeon in Delhi makes an incision in the area of ​​hair. After advancing on facial lines below the earlobe to get behind the ear and finally mixed with hair. The skin is lifted slowly so that the surgeon can reposition and tighten the muscle and tissue. In some cases, some fat can be removed as excess skin.

After facial surgery, the surgeon will apply a bandage to protect the area where the incisions were made.

One day after facelift

You will be asked one night stay in our facilities. Our doctor will examine your face and incisions and give instructions for the care of the incision and the proper use of the dressing.

A week after the facelift

Avoid taking medicines containing anti-inflammatory medicines during the first days after the facelift. Avoid smoking and exposure to the cigarette to prevent delays in the healing process.

A month after facelift

It may take a few months to lower inflammation. The scars from the incisions will disappear within 6 months. Avoid sun exposure during the recovery period in order to meet the objectives of appearance without pain.

General risks of a facelift

Where are the incisions will be made in the facelift?

Usually, the incisions are made around and part behind the ear and hairline.

When is the best time of year to undergo a facelift?

At what point when you can use makeup after a facelift?

Will it change the structure of my skin after surgery?

The facelift does not alter or change the natural features of a patient.